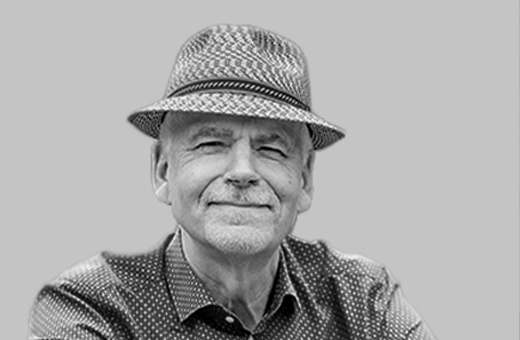 THE ABILITY TO LEAD A GOOD LIFE

The Solution: What happens to disabled people and their parents die? With PLAN, Al Etmanski and Vicki Cammack are addressing that question. PLAN supports parents of people with disabilities in creating social support networks and estate plans with and for their children. His advocacy has expanded legal definitions of capability and guardianship, created the world’s first Registered Disability Savings Plan, and shifted focus from the limitations of disability to the possibilities for living a good life, surrounded by community.

What makes a good life? Building the infrastructure for full social and economic inclusion of people with disabilities.

Al is helping to design and promote a disability benefit that will permanently lift all Canadians with disabilities out of poverty.

Al Etmanski has applied the discipline of imagination to the world of disability. In the process, he’s transformed — for the better — the way families, communities and governments understand, include and care for people with disabilities. He’s learned how to be an ally of disabled peoples’ movements to assert their social, artistic, economic and political power.

When his daughter Liz was born, it didn’t take long for Al Etmanski to realize a fundamental truth: Liz’s Down Syndrome wasn’t going to stand in the way of her quality of life. Rather, society’s structures and attitudes towards disability would be the real deciding factor in his daughter’s ability to thrive. Since that moment, he’s been a tireless ally and advocate for “recognizing people with disabilities for who they are: authoritative sources on creativity, resilience, dealing with adversity, and living a good life.”

In 1989, Al and his wife, Vickie Cammack, co-founded the Planned Lifetime Advocacy Network (PLAN) to help parents and primary caregivers create community-based estate and social plans for people with disabilities. Instead of focusing on programs and services, they asked, “What constitutes a ‘good’ life?” Then, they applied those pillars — relationships, home, choice, contribution, wealth — to every solution and innovation in their work.

The PLAN approach, versions of which have been adopted around the world, builds “Personal Networks” around people with disabilities, made up of people who share interests and commit to being part of each other’s lives. In 2008, Al led his team in establishing the world’s first Registered Disability Savings Plan (RDSP). Today, Canadian RDSP deposits totalling more than $4 billion collectively benefit hundreds of thousands of Canadians living with disabilities, and provide their parents and caregivers with peace of mind. Al and Vickie followed up by developing Tyze Personal Networks, an online tool to bring together communities of people around receivers of care.

PLAN has spurred policy change, expanding, for example, British Columbia’s legal definitions of guardianship, disability, and capacity in order to empower people with disabilities to make more decisions for themselves and their care, and to recognize trusting relationships as an alternative to guardianship.

On his own and with Vickie, Al is the author of four books: Safe and Secure: Seven Steps on the Path to a Good Life for People with Disabilities; A Good Life — For You and Your Relative with the Disability; Impact: Six Patterns to Spread Your Social Innovation; and The Power of Disability: 10 Lessons for Surviving, Thriving, and Changing the World.

Al and Vickie — who were awarded the Order of Canada in 2014 — led the initiative that became the influential Social Innovation Generation, sponsored by the J.W. McConnell Family Foundation. Their innovative, imaginative approach to changemaking has inspired generations of social entrepreneurs and spurred design innovations that leverage policy, social, and market systems for everyone’s benefit. “The discipline of imagination,” he says,” is key to monumental versus incremental reform. 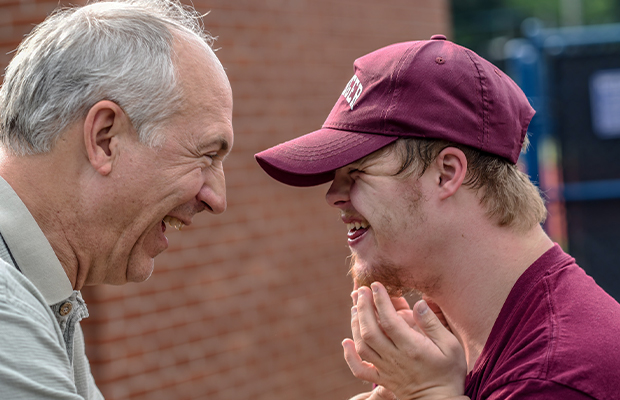 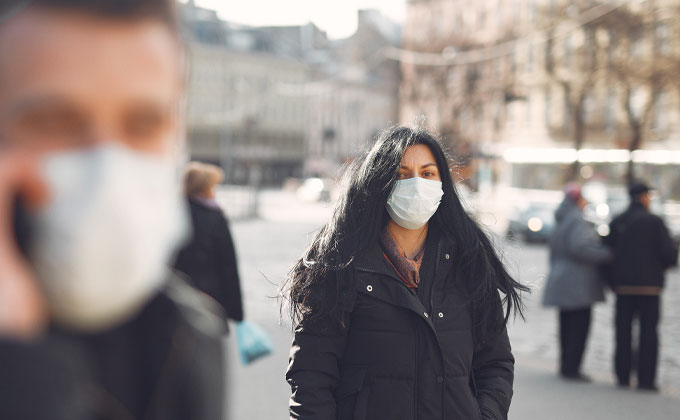 Social innovations have emerged during the pandemic. Al explains how to ensure they stick around. 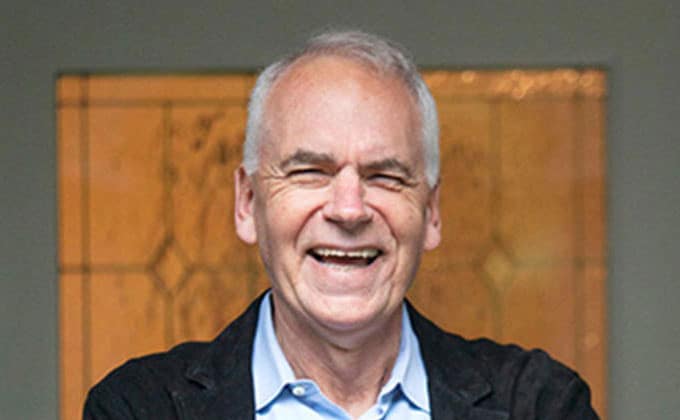 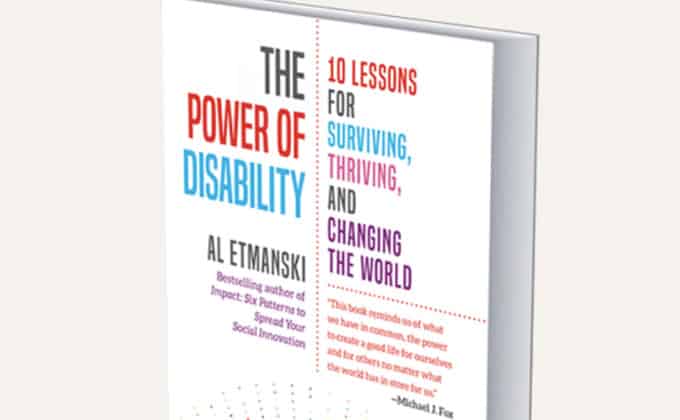 The Power of Disability: 10 Lessons for Surviving, Thriving and Changing the World 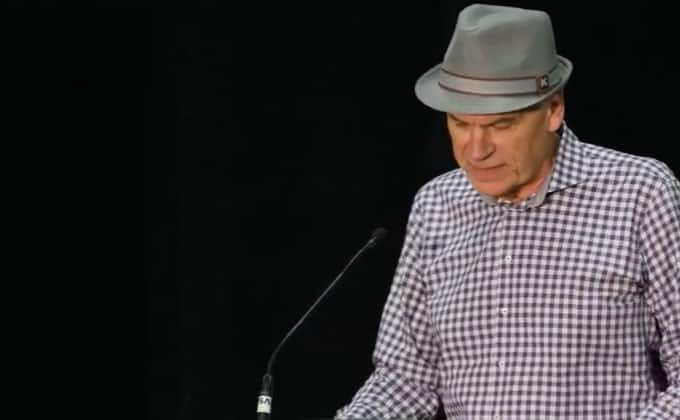 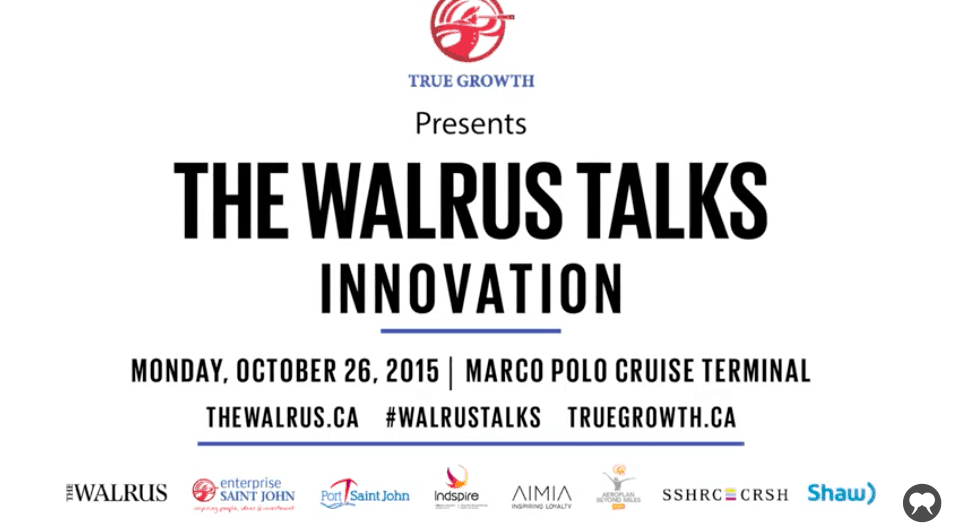 Walrus Talks Innovation: Al Etmanski on how our surroundings influence the way we treat each other 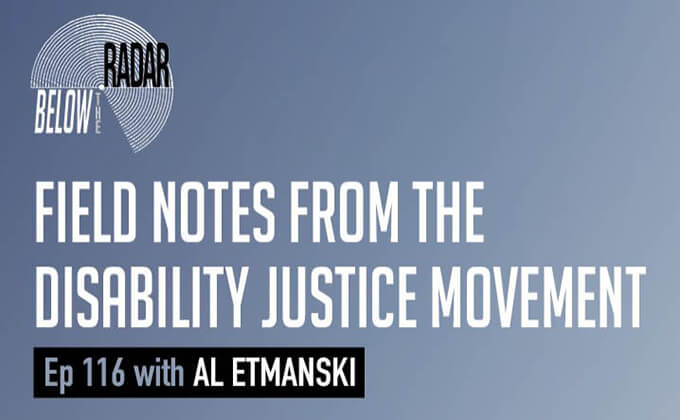