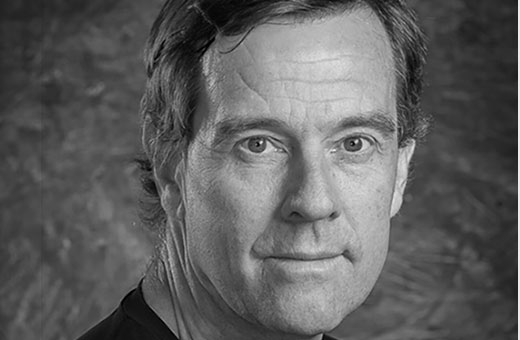 THE CORONAVIRUS PANDEMIC HAS SHATTERED THE STATUS QUO ON DRUG DEVELOPMENT

Open science — the free sharing of scientific research, unburdened by patents and silos — offers a new and better model.

Dr. Aled Edwards is pushing forward the open access movement in the cut-throat medical field to ensure human genomics research, and the medical cures it could lead to, is being done faster and more effectively.

Human genome research has the potential to revolutionize medical discoveries. By providing researchers with the code for the human body, it is revealing new targeted medical treatments for common diseases, often with greater success rates and fewer side effects.

Despite the many scientists motivated by the huge potential of genomic research to make a difference, competition is slowing down progress. The traditionally hyper-competitive culture of medical and drug discovery research often leads to duplicated efforts, which wastes valuable time and money.

Aled Edwards, a biomedical researcher from the University of Toronto, had a vision for a totally different approach to research. He founded the Structural Genomics Consortium in 2004 to revolutionize the drug discovery process after becoming frustrated with the bureaucratic red-tape and international funding models that were negatively impacting work in his field.

The radical innovation at the heart of SGC: no patents. SGC is a not-for-profit, public-private partnership between researchers, pharmaceutical companies and governments around the world. Why would anyone, especially pharmaceutical companies, forgo a patent? Aled is proving how this collaborative model of medical discovery is just better business: companies get access to the basic scientific research they need faster so that they can develop targeted drugs more efficiently.

So far, SGC is using its open-source format to release the structures of more than 1,300 proteins, with implications for the development of new therapies for diabetes, cancer, obesity and psychiatric disorders. SGC has raised roughly $200 million from private-sector investments. Because this approach enables more efficient research, it frees scientific capacity to investigate lesser-known areas of human genomics.

Lately, Aled is driving a new drug discovery business model in which affordable pricing is the raison d’être. He has founded two “open drug discovery” companies to test the model. Medicines for Kids (M4K) Pharma is developing a new treatment for a uniformly fatal children’s brain cancer called diffuse intrinsic pontine glioma, and Medicines for Neurodegeneration (M4ND) Pharma is focusing on Parkinson’s disease, ALS and Alzheimer’s. The two M4 companies are owned in their entirety by a Canadian charity called the Agora Open Science Trust. Agora’s mission is to ensure that any new medicines brought to market through the activities of M4K or M4ND are priced as low as possible to ensure that they are accessible to everyone.

Aled is leading a fundamental shift in how medical research is done that has the power to unlock accessible and affordable health globally. 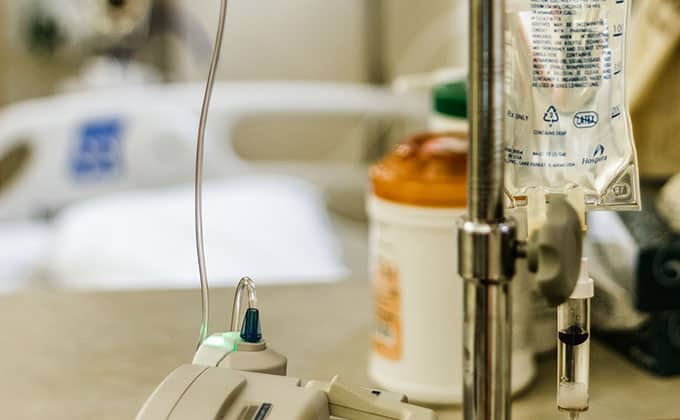 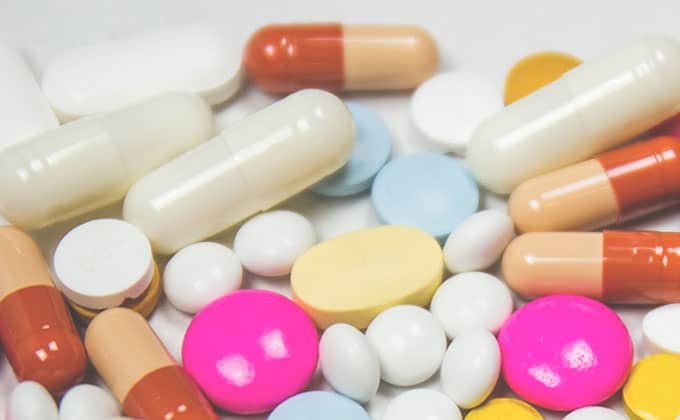 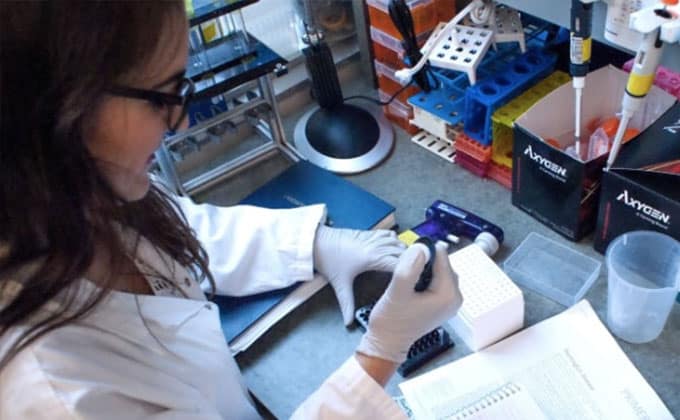 SGC is breaking down the walls of scientific secrecy 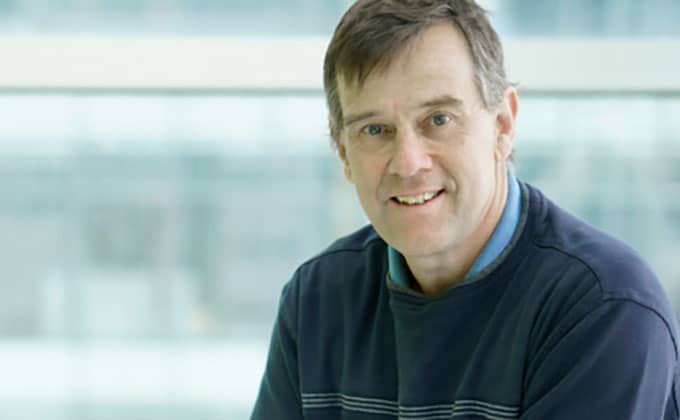 Open science is the only viable model to defeat this pandemic — and to prevent the next one.

Dr. Aled Edwards is spearheading the movement toward open-access drug discovery, in Canada and internationally. Sharing scientific knowledge, without patents, in real time, says the U of T scientist, is the only sustainable way to create timely, effective vaccines and treatments for the diseases that ravage humanity. And it’s the only way to prevent the next global pandemic.

Most recently, Aled has formed Viral Interruption Medicines Initiative (VIMI) a not-for-profit drug-discovery company whose mission is to develop the drug treatments urgently needed to fight COVID-19 and the next pandemic.

We caught up with Aled to talk about his work, the impact of the novel coronavirus, and what we need to do now to dramatically speed up the development of effective, affordable medications for everyone.

What is the number-one reason it takes so long to develop new medications?

Well, contrary to popular belief, it’s not a lack of money, and it’s not a lack of time. Globally, we spend hundreds of billions of dollars on drug discovery every year.  In Canada, that number is $300 million. We’ve been working on developing a molecular understanding of Parkinson’s disease since 1808 and Alzheimer’s since 1806, and we still don’t have one.

So, what’s the holdup? It’s society’s tacit acceptance that medicine is not a basic human right but a commercial product — and so we treat drug development as a business, not as a social good.

It means that we hoard knowledge instead of sharing it, because scientists and universities and pharmaceutical companies are incentivized to do so. And this hoarding — through patents, secrecy and reluctance to publish research, including the results of failed experiments — inhibits innovation and duplicates work. It means that scientists and pharmaceutical companies devote R&D to diseases for which there are markets, rather than to diseases — for example, a future pandemic — for which there is a need.

And it means that when a new drug finally does come to market, it’s priced at astronomical  levels that make it inaccessible to the vast majority of people in the world.

How has the coronavirus pandemic brought these insights into sharper focus?

When COVID-19 hit, the global scientific community immediately decided, “Let’s shareall our research and knowledge in order to understand this virus and create a vaccine, a treatment.” All the presumed reasons that we couldn’t share suddenly evaporated. It became clear that the real reasons we haven’t been sharing more are artificially constructed by society. People didn’t want to change the system.

And why do people want to change the system now? Because we’re in a crisis. But childhood cancer is also a crisis. Dementia is also a crisis. Tropical diseases that primarily affect people in the developing world are also crises. Future pandemics that we can predict now, just as we predicted COVID-19. will be crises.

And so I hope that this ability to share continues beyond this current moment and this current virus, to a radically new universe of how we think about and fund the development of new medicines. That’s the work I’m devoted to.

In this new universe — and it is an entirely possible universe to create — we need to proceed from the premise that access to medicine is a basic human right, and that scientific and medical research are primarily societal rather than economic goods.

At a practical level, this means adopting open-science principles: sharing research and knowledge, in real time, without patents. For example, at the Structural Genomics Consortium [the open-science drug discovery I founded in 2004 to study the human genome], we have released the structures of more than 1,300 proteins. Under the charitable Agora Open Science Trust, I have founded two open science drug-discovery companies devoted to developing drugs for conditions that are either too complex or too rare — like dementia, or a highly fatal children’s brain cancer — for pharmaceutical companies to invest in.

Open science accelerates discoveries. Say I have an idea for an Alzheimer’s drug. Maybe it doesn’t work, but when we do the experiment out in the open, we can see why it doesn’t work. Then other scientists and other labs in other countries don’t have to do the same experiment — and the money that would have been used to compete over one idea can now be distributed over 10 ideas.  We learn from them all. And, ultimately, the price of the drug reflects one failure rather than 10.

We’ve just launched VIMI (the Viral Interruption Medicines Initiative), a non-profit whose mission is to ​develop the drug treatments urgently needed to fight COVID 19 and the next pandemic​. VIMI aims to develop 10 drugs ready to be tested in clinical trials as soon as the next pandemic hits. We’ve secured partnerships with universities in the United States and Europe, and with a non-profit affiliate called ​READDI (the Rapidly Emerging Antiviral Drug Development Initiative)​, which was formed to facilitate fundraising from American philanthropists.

We will operate under extreme open science principles: sharing research, no patents, not for profit.

This isn’t a new idea. We are copying shamelessly from other successful open- science pharmaceutical companies — like DNDi, the Drugs for Neglected Diseases Initiative, or Doctors without Borders’ Access Campaign, both of which are successful, open-science models of drug discovery for the developing world.

We need catalytic funding from governments, foundations, and other partners to make this a going concern.

Yes. One viable option, for example, is to offer pharmaceutical companies a license to produce the new medications at a reasonable profit over cost.

Naysayers will argue that an open-science model works only for neglected diseases, or diseases of developing countries, because clearly there’s no rational way for an investor to invest in those. But I argue that the market doesn’t work for any disease. It’s not working for Alzheimer’s, or Parkinson’s, or pediatric cancer, and I can just keep going.

And — as we can all see right now — the current system is not working in a pandemic. When we awake from the scope of COVID-19, we will realize that millions of people died in the developing world from this virus. Millions. And what poor countries cannot afford is what the world cannot afford. If Malawi, for example, does not strike out its COVID threat, it is going to come back. We need to think about global eradication, not local. And we need to do it now.