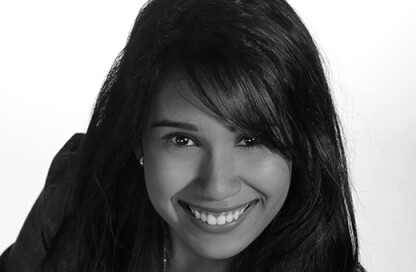 The Challenge: Sexual exploitation, including the sex trafficking of children (SEC), is a worldwide scourge — and Canada is by no means immune. Online technologies make the crime easier to commit, violating the rights and well-being of untold millions of children and youth. Efforts to fight SEC traditionally position children as helpless and without agency.

The Solution: OneChild centres young people in the global fight against SEC, empowering them with the tools and training to educate, protect, and advocate for themselves and their peers. Founder and CEO Cheryl Perera recognizes children’s agency, intelligence, passion, and creativity as key tools to disrupt, prevent, and eventually eradicate SEC.

OneChild founder and CEO Cheryl Perera is helping to build a world where children can understand, exercise, and protect their universal rights to live free of sexual exploitation.

One child exploited is one child too many

Children and youth are the — often under-recognized — experts in their own lives. Empowered with the right information, training, and support, young people can create and drive solutions to the problems that plague them.

Those are the premises behind OneChild, which provides young changemakers with the resources to combat the sexual exploitation of children (SEC) around the world.

For OneChild founder and CEO Cheryl Perera, it’s an approach that stems from her own youth activism. She founded the organization in 2005 at the age of 19, after learning about SEC through a high school project. In her native Sri Lanka, Cheryl acted as a decoy — a 15-year-old girl exploited in the sex trade — in a sting operation that ended in the successful apprehension of a child sex offender.

Today, OneChild empowers children and youth to take action against SEC through preventive education, advocacy and mobilization, and survivor empowerment. The organization has reached more than 81,000 people in 11 countries.

In Canada and the US, for example, OneChild’s youth-led school prevention education and leadership workshops teach elementary and high-school students to recognize the signs of child sex trafficking and ask for help. Students learn how to plan actions to combat SEC in their communities and around the world. Since 2005, OneChild has reached more than 37,000 youth. Nearly 90% of students who have taken part in its workshops report that they know the warning signs of SEC and how to spot a victim. More than 55% report that they’re prepared to take action on the issue after just one of OneChild’s presentations. OneChild provides students with resources to support continued learning, designated action campaigns, and mentorship to be agents of change.

Youth who are particularly passionate about the issue can join the Youth Advisory Squad, where they receive year-long, in-depth changemaker training on SEC. OneChild brings its youth activists to the table in policy dialogues with government and industry. For instance, it partnered with companies such as Air Canada to develop the first nationwide awareness campaign on exploitation and trafficking in travel and tourism — an effort that united airports, travel agencies, airlines, and consulates, ultimately reaching millions.

OneChild also provides training for parents, educators, community groups, faith communities, corporations, and law enforcement on understanding SEC and their role as allies in the fight against it.

Cheryl has been distinguished as a World Economic Forum Young Global Leader, and as one of Canada’s Top 100 Most Powerful Women. In March 2020 she was appointed to the Order of Ontario, the province’s highest civilian honour. She continues to fight tirelessly to build young people’s capacity to protect themselves and their peers in the global fight against sexual exploitation. 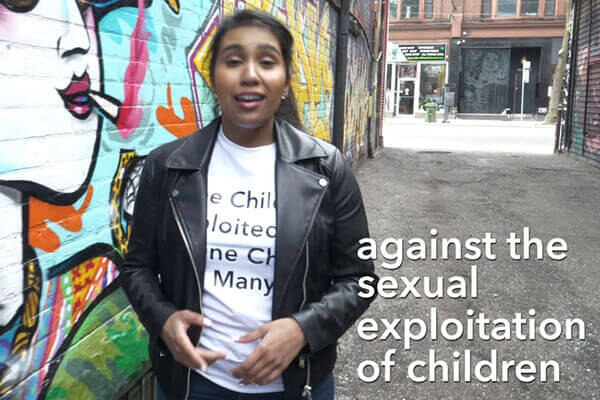 Watch the story of how Cheryl founded OneChild 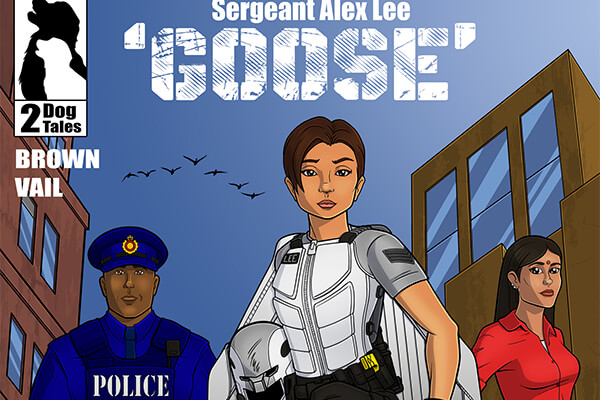 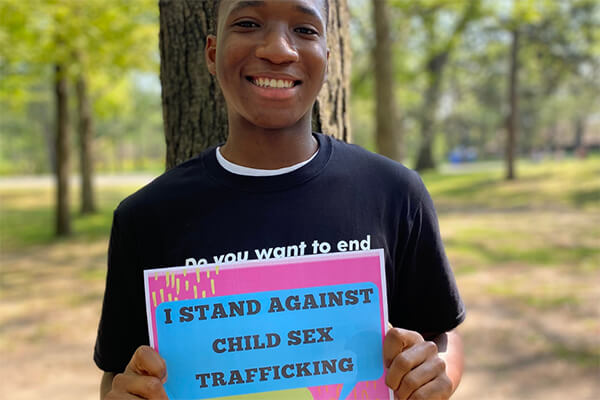 Meet the members of the 20-21 Youth Advisory Squad, ambassadors and advocates to stop SEC in their communities and in Canada 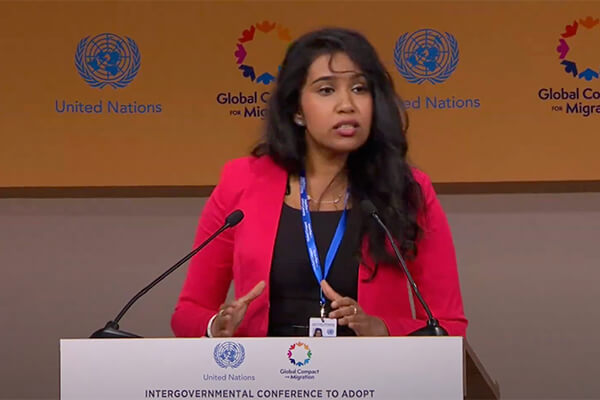