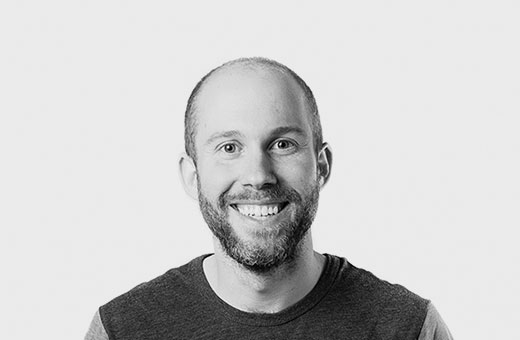 Mike is currently on leave from the Ashoka Fellowship due to his recent election to the Canadian Parliament as a representative of Kitchener, ON. He will return once he has completed his term.

After decades of scientists sounding the alarm on climate change, while policymakers continued to drag their feet, Mike Morrice grew increasingly frustrated.

He first discovered his inner activist in the most Canadian of ways: when bylaw officers started cracking down on street hockey players, 12-year-old Mike mobilized his community to get the bylaws changed. Years later, Mike continued to hone his calling: bringing people together to make progress on complex challenges like climate change.

In 2008 and near the end of his undergraduate studies, Mike understood that businesses measure what matters to them, that they stand to benefit from reducing their carbon pollution, and that they could play a necessary role in being part of the solution to the climate crisis. So he sought to provide them with the support that would help them get to work, and he founded Sustainable Waterloo Region to launched the first Green Economy Hub.

Specifically, SWR began helping companies in the Waterloo Region publically set targets to reduce their carbon pollution by supporting them with networks, resources and recognition toward these voluntary goals. Primarily through membership fees, the first hub was financially self-sufficient within five years, with almost 14 per cent of the local workforce employed by participating companies, and voluntary commitments equivalent to over 12,000 cars off the road for one year.

As other communities reached out to replicate their approach, Mike founded Green Economy Canada to support the launch and growth of Green Economy Hubs across the country.

Today there are seven hubs, all in Ontario, made up of more than 250 businesses — which GEC supports with training, resources and connections to a broader community. GEC leverages the collective impact of these hubs to mobilize funding, engage in policy discussions and demonstrate — through success stories — that a more sustainable economy is possible.

To date, GEC has helped these companies to set 56 GHG reduction targets, implement 401 sustainability projects and reduce emissions by 59,105 tonnes of greenhouse gases — the equivalent of taking 12,656 cars off the road for one year.

Mike recently took a leave from the Ashoka Fellowship to run for office in the 2019 federal election, as an MP candidate for the Green Party in Kitchener Centre. While he wasn’t elected, he moved the Greens from a fourth-place finish in 2015 to second in 2019, receiving 26 per cent of the popular vote, a 23 per cent increase over the previous election and the strongest showing of any Green candidate in Ontario.