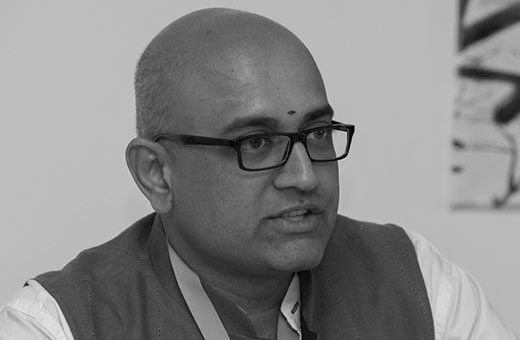 I get inspired every day from the amazing work of Ashoka fellows worldwide – it gives me the motivation, ideas, and determination to go after some of the world’s most wicked problems and attempt to solve them as we did with affordable housing and malnutrition in Asia.

Vishnu is presently the global leader for Partnerships, Planning and Management where he supports partner development across 37+ Ashoka offices and integrates planning for Ashoka Global. Vishnu is the Founder-Director of two initiatives, spun off from his earlier work at Ashoka – Indian Housing Federation (IHF) & Nourishing Schools Foundation (NSF). IHF was born out of the work he led on the affordable housing initiative under the program “Housing for All”. His aim was to demonstrate that large social problems can be solved if for-profits come together with non-profits as equal partners to create “Hybrid Value Chains. NSF was created to address malnutrition in children (also manifested as obesity) across India, Africa, Southern Europe, and USA, reaching over 25,000 children. Vishnu has been an entrepreneur most of his life based out of Singapore & India. He now resides in Washington with his family.